I discovered this Tyler, The Creator jam while play GTAV. The song Garbage plays on the in-game FlyLo station. A story about a drug dealer evolving into a killer, it’s perfect for the game where you are often involved in drug crime. Which reminds me.

Last Friday I was playing GTAV Online. Now, I’m a quiet player. I wear the headphones but I rarely say a thing. Because you know. Trolls and stuff. But this time there was an extremely arrogant male lecturing the entire lobby about… honestly I don’t know what, but it was racist as fuck. He was basically explaining that white people were aliens, because brown people were the first people on earth, and brown people can’t make white people, so where do white people come from? Apparently outer space. As he went on and on about all of this nonsense I found myself wanting to smack this man on his forehead, pinch his ear and demand that he pay better attention in the college he was bragging about because he was DUMB AS SHIT.

So I did the next best thing in virtual world. I came blaring into the lobby armed with my “Mom is Pissed Off” voice. Obviously using terms too complicated for his wee brain, explaining evolution and the sun, and the “Out of Africa” theory and you know, fucking cavemen for gods sake. Well, he played his part well by calling me a bitch at the end of my rant, but it was clear he had been publicly shamed for his ignorance by yours truly.

And then a sweet message was sent to me from a different player. It said, “On behalf of educated black men everywhere, I am sorry.” Moral of the story: Mom WILL get on Xbox live and start shaming your dumb sissy ass all the way out the lobby, so don’t even try. 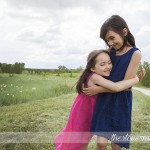 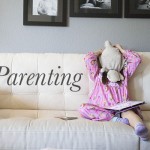 Weed Can Make You A Better Mom